The need of Indian talent will reside globally, since West lacks in science, mathematics and engineering skills.
America’s President Donald Trump has called the H1B visa program that empowers foreigners with advanced degrees to get a job in the country. Critics of the “cheap labor program” say companies are preferring people from abroad than Americans. Mostly Indian people with computer skills are getting hired as they are willing to perform monotonous work for less pay.
Trump has promised to guard American trade and generate jobs and get them filled by American talent and not by the H1B visa holders.
But there are several tech giants relying on foreign talent because people in West don’t have science, mathematics, and engineering skills. Most IT companies preferring Indians over Americans as they are rich in skills and ready to work on low pay scale. 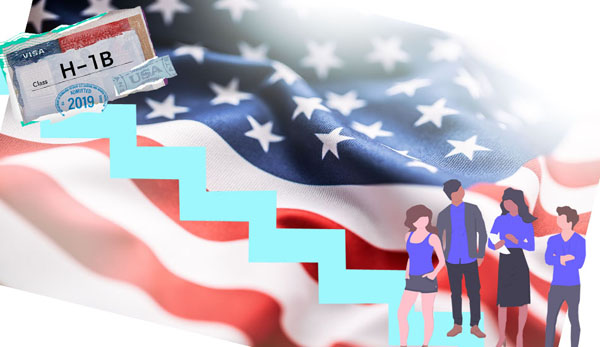 The issue got in the limelight when Trump met some tech leaders in December 2016 at NYC. Microsoft CEO Satya Nadella moved to the USA from India for grad school, stressed the need to drive in and keep the talent in the U.S. and to this, Trump responded – “let’s fix that.”
H1B Visa program was released in 1990, when George H.W. Bush (president of USA in 1990) signed the “immigration act of 1990.” This pact is made to help American firms deal with shortage of labor in the growing fields that require specialized skills, such as computer programming and engineering.
From all the industries, tech industry seems most affected with the curb. As per the most recent annual report of a media, Computer systems analyst, software developer, and computer programmer are the top three certified occupations in H1B visa, accounting for 52% of all other occupations.
Companies apply for green cards for their talent on temporary visas to retain them in America. If the application of H1B visas extension wouldn’t get approval, they will not be able to stay and work in the USA. Trump’s “buy American, hire American” approach may make things harder for Indian IT companies based in America because these companies hire Indian talent and pay them low salaries. If the request for green cards didn’t approve by the government, the talented people have to leave America.
IT companies are trying their best to keep the talent in the USA. However, studies show that skilled IT talent can still find job opportunities to work in other countries than America.